A Randle, WA, witness reported watching a disc-shaped UFO hovering under 500 feet and just 1,500 feet away that was first noticed when the object projected a light to the ground level, according to testimony in Case 61695 from the Mutual UFO Network (MUFON) witness reporting database.

The events unfolded beginning about 6:55 p.m. on November 25, 2014, when the witness went outside with a flashlight to check a nearby creek level as there were flood warnings in the area.

“It was very quiet with the sounds of the creek water coming to me,” the witness stated. “Looking south I was moving my flashlight from side-to-side, trying to see the water on the fields more clearly when suddenly a very bright light from the southwesterly sky was upon me.”

The witness was suddenly bathed in white light.

“I could see the colors of my jacket and shirt, even my own right hand holding the flash light out in front of me.”

The witness looked up to see where the source of the light was coming from.

“In a field about 1,500 feet away from where I was, below the clouds, hovering in the air soundlessly, was a round object with the bottom pointing toward me so it appeared elliptical.”

The witness described the object.

“The edges were softly rounded, kind of like a thin inner tube, and except for the edge of the object, the entire bottom was lit up. It was like being in a huge spot light, the beam widening around me, narrower where it came from the object. In half a second the beam of light was shut off and all I saw was the bottom of the object, still lit up. The object never moved but remained stationary.”

But the object quickly turned its lights off.

“Then half a second later the entire object blinked out leaving me in darkness, except for my flashlight that was still on. Dazed, I looked around myself in the night.”

The witness looked around again wondering where the object was.

“Then I looked north where the mill lights were reflecting off the bottom of the clouds. About three to five seconds later, beyond the mill and somewhere out in what would have been the horizon on a clear night, I heard a muffled ‘boom’ and then an extremely brilliant blue light lit up the entire sky from one side of the valley to the other.” 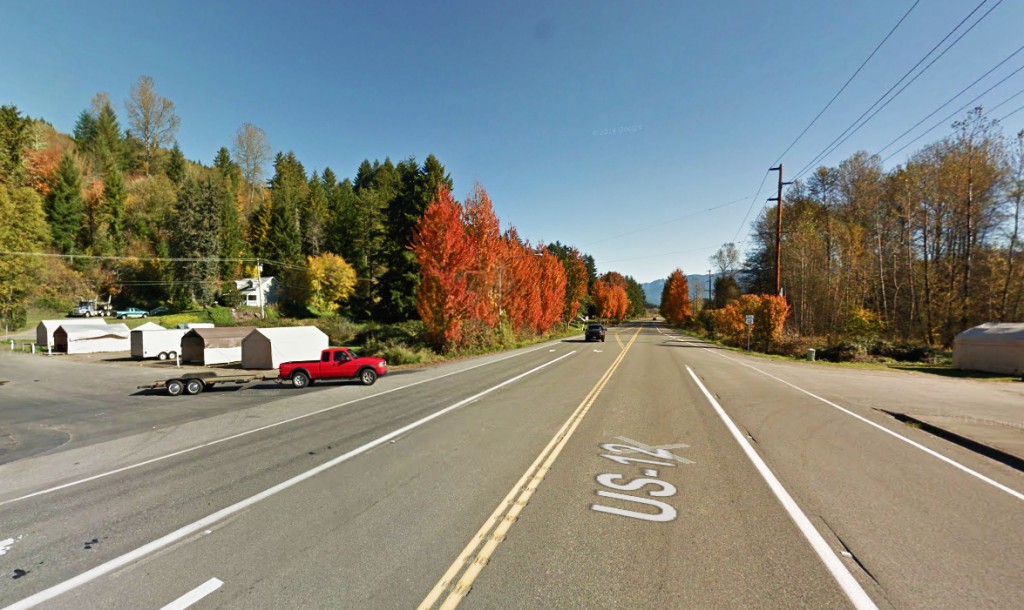 The witness described the series of events that occurred.

“It appeared as if the mill’s lights were briefly turned off during that moment of blue light. Then afterward the mill’s lights appeared again as normal and as if nothing had happened. The sound and the brilliant blue light made me think the two were connected. I wondered if something might have crashed and caused the light. Then I thought about what I’d seen above the field. Were all of these things connected with one another?”

Washington has a current UFO Alert Rating of 5 with a low number of recent reports nationally. Washington had 12 UFO reports that occurred during October 2014 – calculated at 1.74 sightings per million population.

Bringing readers all the latest UFO Sightings, News, and Images from around the world. Please contact us if you have any information regarding the sighting of UFO's.